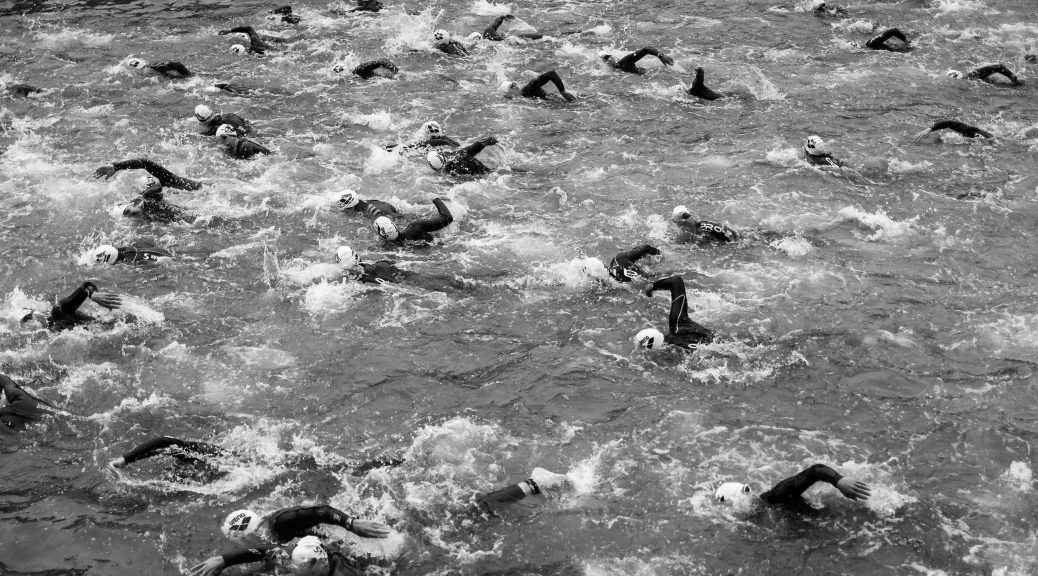 Two yers ago I crunched some numbers on what it takes to qualify for 70.3 worlds. It was by far the most popular post on this site to date. And since I’ve recently considered to go for 70.3 worlds myself again, I thought it would be a good exercise to do the math once again.

Just like last time I pulled the numbers from a sample of European races. I don’t know why this is, but Euro events usually make the slot allocation including names and splits public, while the rest of the world doesn’t. I’ve collected data from 70.3 Weymouth, Pays d’Aix, Rapperswill (all 2019) and Zell am See (2018). For Zell am See it appears the bike was canceled, hence I only included the qualifier ranks and number of slots. Since I did my research the 2019 results have been released, I might add the data later.

Let’s start with the overall business of slot grabbing. The allocation to age groups varied a lot between races. In the age groups M30, M35 and M40 there are usually 8-10 slots awarded, sometimes up to 16. Some races like Pays d’Aix are fairly competitive with very few roll downs, others like Weymoth might offer a slot down to 32nd finisher. I don’t want to speculate too much about why these races differ, but it seems likely that Pays d’Aix was in parts so competitive for slots because this years worlds were held in Nice just around the corner.

Now let’s break it down. Above the swim splits of qualifiers in each age group are shown. Faster time approach 27 minutes. Slowest times can go up to 41 minutes, in this case Weymouth M40 where the last slot rolled down to 26th position. In terms of swim time, Rapperswill was much more competitive than the others and I don’t know why. Might be related to where the timing mats were located, to the mode of racing (wave vs. mass start?) or conditions. Easy conditions usually pack the field much tighter than say a non-wetsuit freshwater swim with some wind and poor visibility. Anyway, the simple answer is, to have a good chance one should be able to swim very close to 30 minutes or faster. Some races will tolerate swims up to the high 30ies, but I wouldn’t bet on it.

Onto the bike. Comparing age groups of each race with each other and different races we can see that Rapperswill for example was a faster course than Weymouth. We also see a weak tendency that higher age groups are slightly slower than younger ones but not by much. In terms of bike splits a fast course like Rapperswill will not tolerate anything slower than a 2:30 and to be sure one needs to beat 2:20. Slower courses like Weymouth require rides in the low 2:40s at the least, with a few exceptions sneaking in with high 2:40s. Pays d’Aix sits somewhere in between, time are sitting equally on both sides of the 2:30 barrier.

And here comes the bad news. Qualifiers of all kinds are blisteringly fast on the run. The competitive field of Pays d’Aix ran well into the low 1:10s, only very few made the cut with times above 1:20. A 1:30 would not have been enough. I secretly hope that the course was slightly shorter than usual, these are insane times I would never be able to reach. Rapperswill and Weymouth display the expected slowing down with age, but on a very high level to start with. Sure bets for a slot are well below 1:30, times above 1:30 do make the cut but not as much as one would hope. Looking at my times and previous races I’d have to up my run game by several minutes to come near a slot.

And finally a look at the overall finish times of qualifiers. Unless it is a relatively sow course like Weymouth with deep rolldown, a sub5 is pretty much required. The pointy end of the race goes well below 5. Competitive fields on fast courses get close to 4 and have little sympathy for anything above 4:30.

What’s the lesson for myself? Well, I think I’ll have to crunch the numbers on my target race 70.3 Oman first and then put it in context, so stay tuned!