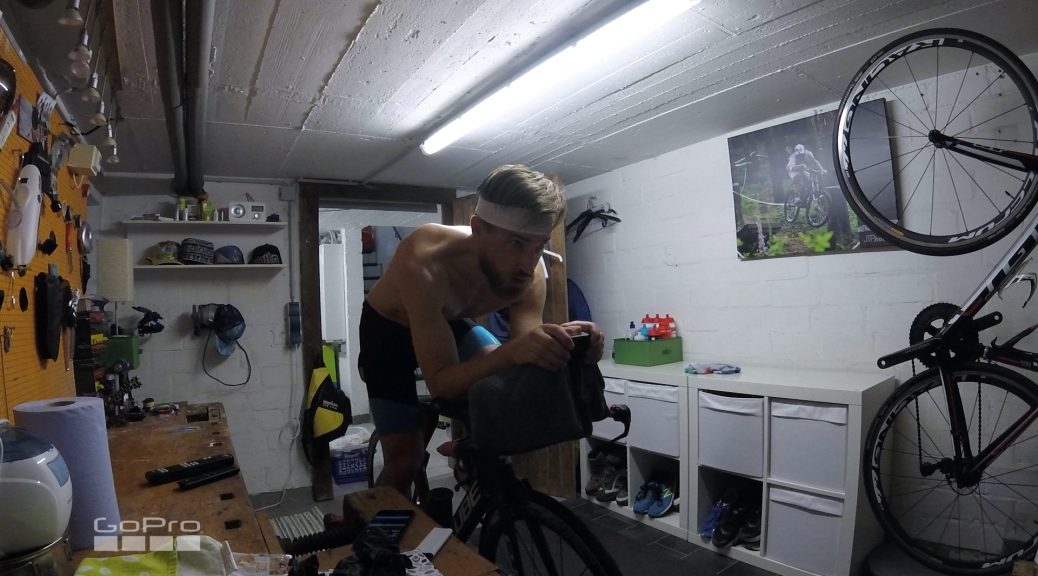 For a while now I’ve been feeling kinda stuck between seasons. My 2018 racing season is pretty much over, but it’ll be quite a while before I can properly kick off the next season. I haven’t decided on my race schedule and ambitions for 2019 yet, but unless I’ll do another ridiculously expensive overseas race early (which is unlikely!) I won’t be racing again before early May. Which also means that I need not bother with a fully structured plan before the beginning of the new year. Until then though I don’t want to just sit on the couch and gain the pounds I worked so hard to lose. Instead this is an excellent opportunity to address some form and technique issues that I let slip over the course of the year. You know, all the small things that add up. Which require focus and mental sharpness and which are the first exercises to get dropped when one pushes against his personal limit in terms of volume and time commitment.

Let’s start this post with my bike. My focus this season was to become comfortable in aero position for long durations and to raise my FTP. I achieved both goals. Over the course of the year my FTP grew 12.2% to 267 and my FTP/kg a whopping 17.4% to 3.88. I did two IM distance bike legs which I completed comfortably in my aero bars the entire distance. What I did not achieve however was to bring these two together. The increases in power did not carry over to my long distance aero riding, the relative comfort on my bike did not lead to a significant increase in power output. A few observations that made me realize this:

The picture is clear. Performance and power have developed fine, but the gains did not fully translate to long distance TT performance. What are the reasons for this and how do I address it moving forward?

Well, the potential reasons are manifold. I believe that my genetic predisposition is more geared towards fast twitch fibers, and decades of riding gravity mountainbike races have cultivated a natural punchiness. Without a single sprint workout this year and without really trying much I still have a 4 figure 5 sec power. And it feels much easier for me to reach a certain NP at higher VI – That road race was VI 1.29. So there is an element of genetics. But that’s not all and surely not the limiting factor.

Bike fit is another candidate. I’ve got my bike set up for maximum comfort, then handling, then aero. And the fit is brilliant at those 3, I rode sub 5 at IM HH on 162 NP. However, the result is probably also that my mechanics are not optimal for generating high power.

Another point, fairly obvious looking back: I never trained high power on my TT bike or in aero. I had the road bike on my trainer for the weekday interval sessions. And then I took the TT bike outdoors on the weekend for my long rides. These were about going the distance, spending time in the saddle / aero bars, figuring out nutrition. I never bothered with power targets or intervals. As a result, my quads light up in aero as soon as I pass 165w on the tri bike.

So it appears that I raised the ceiling of performance just fine but failed to raise the ground with it. And now that I realized this, how do I address this issue to become a faster rider? First off, I am not going to fiddle with my position. For long distance events comfort is so important to have good race, being able to fuel well and run aggressively afterwards that I am not going to change what works. The changes need to happen in how I train. The answer is probably a mix of spending more time on the tri bike, being on it earlier in the year and doing interval workouts on the trainer on it. Secondly, once the outdoor seasons allows for my long rides again, I’ll have to incorporate more high power intervals in aero position. I’ll start right away with short threshold intervals on the trainer to adapt my firing patterns to the different position. I’ll then proceed to do a fair share of my base training on the tri bike as well to get more used to the discomfort of high power outputs in aero. And then, I’ll reevaluate again and see how things turned out.